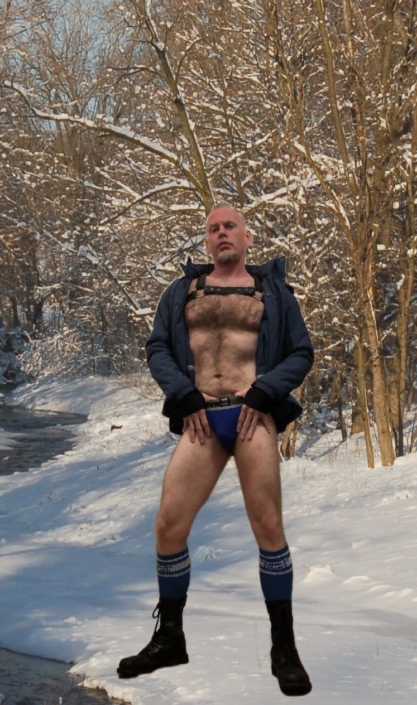 Congratulations to Ryan Napravnik whose winter/fetish photo entry raised the most money for AIDS Support Group of Cape Cod.  The total raised was $1,355, the second highest total in SNOWBOUND history.  That brings SLW’s total funds raised since the inception of the  Mr. SNOWBOUND Contest to $5,877.  Thanks to all five contestants and to all who donated.  Thanks also to ASGCC’s Jason Greene and his team for providing free health screenings throughout the weekend.  Kudos to the 15 men who participated in the program for taking an active role in maintaining their and their partners good health.